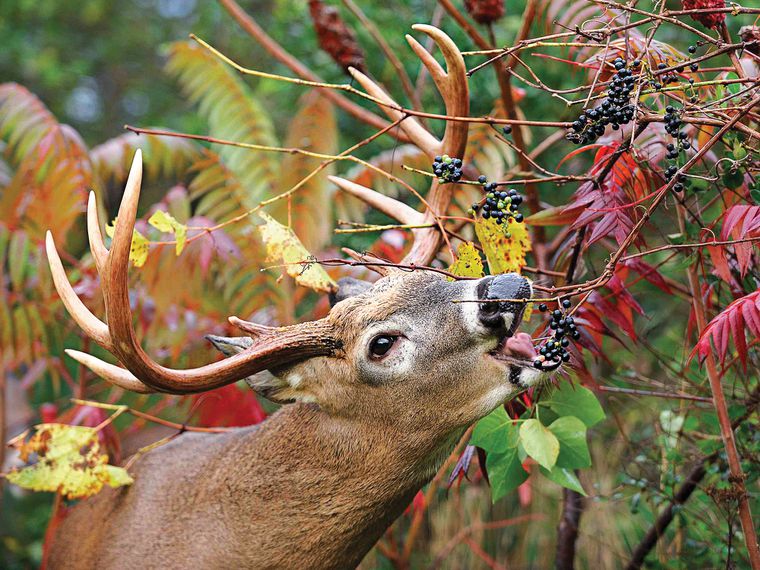 In a valley that was once covered in water before the ice caps stole it all away, save a stream that passed through the center, there grew an isolated colony of berry bushes. Some had sweet berries and some had sour berries. Some bushes were smooth and some were prickly. Some were tall like small trees and others covered the ground. Some berries were bright red and some were so dark red, they were almost black. Enjoying their isolation, the berries thrived. And the various berry bushes all did well in the sunny plains near the stream.

One spring, as the bushes began to show their first signs of flowering, a herd of prehistoric deer ventured into the valley for the first time as they escaped the hungry wolves who were expanding their hunting grounds on the prairie the deer left behind. The wolves did not venture into the valley and the deer were safe.

The first thing the deer did upon arriving into their new land was to search for their familiar foods, but there was none to be found, and so the deer sniffed and bit at the numerous bushes and found that some of the flowers were very edible and cleaned them from the bushes. When berries started to grow, the deer went after the berry bushes, clearing out all of the black berries and leaving the red ones.

That summer, the berry bushes looked different than ever before. From a distance, it was as though particular colors were removed from the palate used to paint the valley in the past. And lines of brown appeared where the deer trampled the ground and formed interconnected roads where the seeds of black berries were deposited in deer droppings.

Within a few decades, the valley had changed completely. Along the roads were nearly black dark red walls of the deer’s favorite berries planted by the deer themselves quite by accident. And in the vast spaces between the roads were blankets of bright red berry bushes, the sour berries the deer didn’t like. The deer enjoyed an ample supply of food as the black berries struggled to keep up with demand.

As the years and decades passed, only the tallest black berry bushes they could not reach remained at the sides of the paths they created and the deer were becoming desperate and started to venture off the paths and eat the red sour berries. They cleared the red berries with the exception of the particularly prickly bushes. Each year the deer became more tolerant of the prickly bushes and soon only the most prickly ones were left.

Now the deer were beginning to starve. All the good black berries were too high and out of reach and the sour red ones were well protected by their long sharp thorns. The deer started to die off. All except the tallest deer survived over the next few decades s the taller deer were able to reach the tall black berry bushes. With the shorter deer all dying, the taller deer could only reproduce among themselves and soon all the deer were tall.

Now the valley was a place with tall bushes and of black berries along the paths and thorny bushes of red berries that covered the ground in-between. The deer were all taller and more capable of venturing into new areas for food which their short legs would not take them in the past. In a few hundred years, the contents of entire valley had changed. And with these changes, the deer also changed.

This is what is meant by natural selection. Nothing here happened randomly other than genetic mutations that occur when DNA combines in the fertilization process. These random mutations do not dictate change. The advantages that some mutations provide become more widespread as outside environmental pressures cause these mutations to become more suitable for survival thus preserving the genetic line while other mutations are detrimantal to survival and the genetic line ends.

When bigger pressures are introduced, more drastic changes occur. If the deer were to undergo enough changes, they would no longer be able to reproduce with the deer left behind in the wolves’ expanded hunting grounds in their old prairie. Those deer left behind would also be subjected to environmental pressure that would cause them to favor a completely different set of mutations as the quicker and more camouflaged deer are more well suited to escape the wolves’ clutches. The slow easier to see deer would die off.

Over millions of years, the different paths different animals took produced profound changes and we see the results all around us, including ourselves. Some animals are perfectly capable of surviving in their environment with very slight changes. Especially smaller animals which don’t feel the environmental pressures as much. Mosquitoes, for example, don’t respond to the deer changes or berry changes. And they don’t respond if the deer are replaced by wolves. And the deer that never left their prairie could remain the same indefinitely if the wolves found a better place to hunt and left them be. Their ecosystem on the pairie is long established unlike the new valley that had never experienced these deer.

Evolution is not a difficult thing to understand if you observe nature as being natural and if you reconcile those observations with evidence like DNA. The biggest hurdle for most people to accept evolution is to imagine themselves as being anything but human. Insisting humans were only ever human is a very detrimental way of thinking if you truly wish to understand nature and our place in it. If you separate yourself from all other life, you won’t have the same kinship with life as you would if you embrace the fact that we are all a part of the same tree of life. We cannot become so much an observer that we step outside of the world we are a natural part of and ignore the importance of the intricate network of life that sustains us. 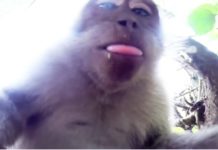 Monkey Takes Man’s GoPro And Goes On A Selfie Rampage

$1bn Bank Heist Foiled By A Rather Hilarious Mistake